Under loud applause, they descended that very special staircase in Kijkduin beach on their way to the terrace of a Beach Pavilion, where I was allowed to lead their wedding ceremony.

The so special story of their love. How it had come about, where and in what way and how, ten years after their first meeting, they finally took the step to officially confirm that real love for each other. And they gave me the credit!

The bridal couple. He, PhD, Engineer in aerospace, from Holland. And she, also PhD, Scientist, originally from Turkey. Both more than at home in Geosciences, Physical and Space Geodesy.

Who would have thought that they would meet in Calgary, far from their hometown. It certainly wasn’t planned. But that meeting appeared to be the beginning of a so beautiful love story.

‘Where do I begin…… to tell the story of how great a love can be
A sweet love story that is older than the sea, where do I start’. 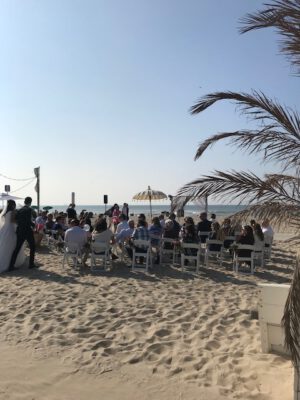 Those words form the beginning of the beautifull title song for the film with the same name: ‘Love Story’.

It inspired me to wrap my speech in it. Their real love story, which began more than ten years ago in Canada, where they both studied. As soon after she arrived and picked up from the plane by him, he was struck by lightning because of her appearance. It certainly wasn’t love at first sight for her, she told me during our joint interview, but more a start of a true friendship. A dear friendship!

Time went by and as he returned to Holland, she stayed behind. They kept in touch, mostly digitally, and only met once every year during ‘business conferences’ somewhere in the world. Friendly contacts, no more.

This phrase of the title song of the film couldn’t be more appropiate for them. Because during the years it became clear that It wasn’t only friendship anymore! This was love, real love!  She felt it. He felt it, in his heart. But couldn’t, didn’t, dare to tell her! How to make that clear? How to just say: I love you, you know?

It was only seven yearts later after that first meeting from the plane, when he finally took the courage. Somewhere on a trip together with fellow scientists, he let his heart speak.

And on that sunny day in august, this year, they confirmed their love, on the seaside, surrounded by their loved ones. Two weeks earlier they were married in a real traditional way in Turkey, by the local mayor (with help of the translator behind him to help  pronouncing the right words in Turkish), after having received the approval of her grandfather. Because that is traditional in Turkey.

Two worlds: the Netherlands and Turkey. With two backgrounds, in education, way of living, united in love as one! 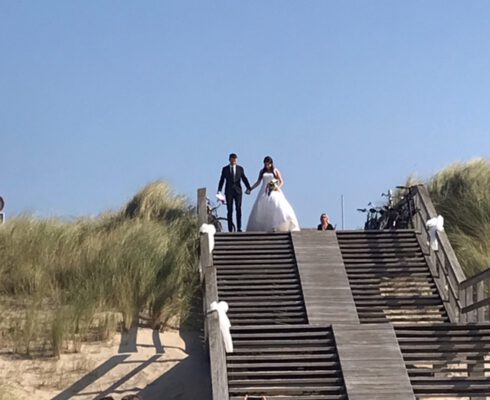 For me, there was the callenge of expressing their feelings in the right words. I more than succeeded! My ceremony was mostly in English, larded with Dutch and even some parts in Turkish. And they really appreciated that, the Turkish guests, by standing up and applauding loudly after every successful ‘Turkish’ attempt of mine.

Real love, it is no fairy tale. It does exist!

Get in touch with me. I can also deliver you a real unforgettable ceremony. 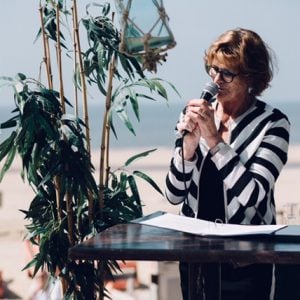 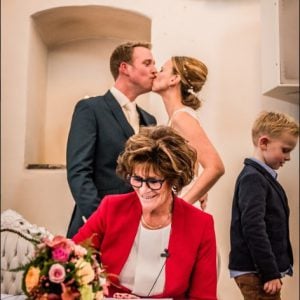